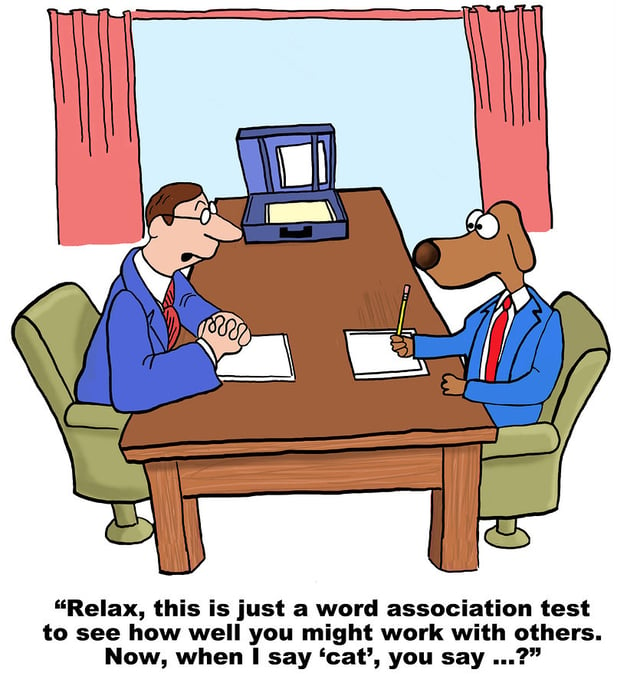 Many of us assume personality tests and DISC reports are one and the same. They are not. While searching the internet I've found personality tests that promise you insight into your thoughts, character, basic penchants, and feelings. This may or may not be accurate. Your personality typically describes who you are like as a person. Behavior is more about how you behave or how you prefer to do things. According to Merriam-Webster Dictionary, personality is described as a person's "personal existence" or "state of being". Personality refers to the grouping of a person’s complex characteristics. For example, they may include your mental, physical, social, and emotional make-up. While it’s difficult to change who you are, you can adjust your behaviors.

So what are behaviors? In the simplest of terms, behaviors are how we do things. In more technical terms it’s the way we act in response to stimulus or to our environment. Extended DISC tools focus on one’s natural behaviors. This behavior describes the most natural way for a person to behave. Basically, your natural style is how you prefer to go about the day. Your natural style requires the least amount of energy and stress. It allows you to behave easily and effectively over long periods of time.

Why focus on behavioral reports over personality tests?

DISC reports focus on behaviors which can be different from personality tests. Users of personality tests may assume that peoples' responses on such tests represent their actual personalities. Remember that personality is defined as part of a person's character. Hence, this is something that is difficult to change. Also, one is assuming that personality is a reliable, constant part of the human mind or behavior. In fact, personality often doesn't routinely predict behavior in specific contexts.

In addition, DISC tools are not all the same. There are some reports where the texts are based partly on responses the person desires or wants to give. Extended DISC focuses more on the subconscious self and uses that as basis for creating the report. Hence, the result of this is a more stable, reliable and true picture of a person's most natural style.

Extended DISC measures a person's natural style. Some people call it  your "hard-wired style". Personality tests may not measure natural style. In addition, there are other DISC tools that only measure a person's adjusted style. Some people call adjusted style your role style. For example, it may be your work role. What style do you need to bring to work in order to succeed? The adjusted style changes as your roles change. However, your natural style tends to remain fairly stable. One client said, “DISC measures who shows up on the first date and Extended DISC who you are in a relationship 5 years later”.

Not all DISC reports are the same

As stated above, not all DISC reports measure the same things. There are those that only focus on your adjusted style. Some reports present results that are very personal by nature. They may not have any validity data. There are some DISC results that will tell you about specific problems. For example, there are reports that describe when a person may have "personal problems”.

Extended DISC focuses only on how a person self-describes him or herself on the DISC model. Do they see themselves as a D, I, S or C style? There are no good or bad DISC profiles.  They are simply different, but they also have areas where they are similar. All styles have areas of strengths and areas they need to develop. Personality tests may include measures for behaviors, but may also measure our things.

Our DISC tools focus just on natural style. Knowing how you prefer to behave is key to making positive changes. Also, the DISC report highlights how you show up under pressure and how you react to things without thinking. The DISC model makes it easy to identify the style of others. Therefore, you gain a better self-awareness. Knowing how you show up under pressure and how you prefer to do things gives you a starting point. Is your DISC style the best fit for you current role or do you need to adjust? Couple self awareness with being able to identify others' styles. This creates the basis for making the best changes to improve success.