I-style co-workers create a positive work environment, but they can also frustrate us with their disorganization. How does improving our understanding of I-styles help us to work better with them?

We all know and probably work with an I-style like Ian. Ian is friendly and loves being the center of attention. He's social, outgoing, talkative, and optimistic. He doesn't like to focus on details, and can come across as emotional and careless. He tends to wear his emotions on his face and talks animatedly with his hands, if not his whole body. Ian thrives when interacting with people and social settings. He's great at persuading people to follow his ideas and creating alliances. He's energetic and spontaneous which can be fun or exhausting, depending on how your styles mesh. 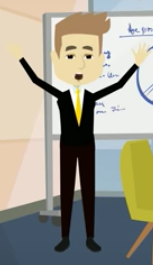 When Ian's under pressure, do you notice his tendency to focus on people and feelings instead of his tasks and getting things done? Ian fears social rejection and it can impact how he makes decisions. He may make decisions based on how it reflects back on him, "will people be mad if I choose product A over product B?" Ian essentially "likes to be liked." He loves to talk, especially mostly about who he knows and he's not a good listener. His facial expressions can be exaggerated as if he were listening, but he's really just waiting for his opportunity to speak.

Identifying an Ian in your life

You can start identifying the "Ians" in your life by observing their office spaces. It's where he spends the majority of his time. He'll want to make it as comfortable to his style as possible. His ideal office is open and likely has inviting seating to say, "come on in, stay and chat a while!" There's music on. He’s got pictures of himself with friends and family everywhere and souvenirs of his travels and adventures.

His office may look like a chaotic mess, but when you ask him where a file is, he easily finds it. He doesn’t need order and structure to work. In fact, it helps him to think and process things better when things are out of order. His I-style tends to thrive in chaos; a chaotic office is exciting and fun! Some of us need to clean and organize our desk before we get started; Ian does not. He's happiest when he doesn't have things orderly and structured. 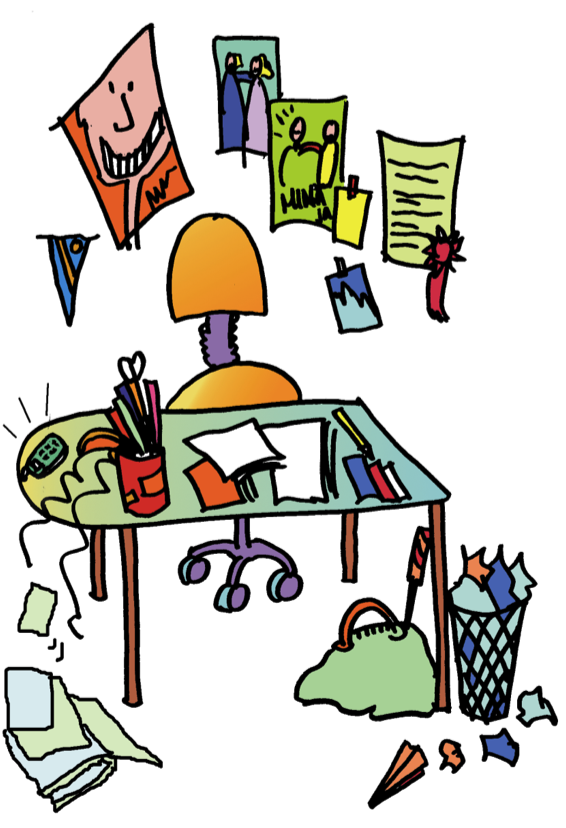 Ian comes across as the most social of those you work with. He's definitely interested in shooting the breeze, where he talks and you listen. He can feel frustrated when he is forced to work within structure and routine. He's happiest when he is interacting with you, your co-workers, and clients. In addition, he thrives in a flexible work environment where he has a lot of different opportunities for interactions.

Ian is not someone who pays close attention to details because it usually means he has to focus on it by himself for lengthy periods of time; which just drains his energy and enthusiasm! In fact, he may try rushing through and end up making mistakes, or just put it aside and turn his attention elsewhere, "it's time for a coffee break!" He knows, "it will get done!" since he's your eternal optimist.

Ian's strength and when he over uses them 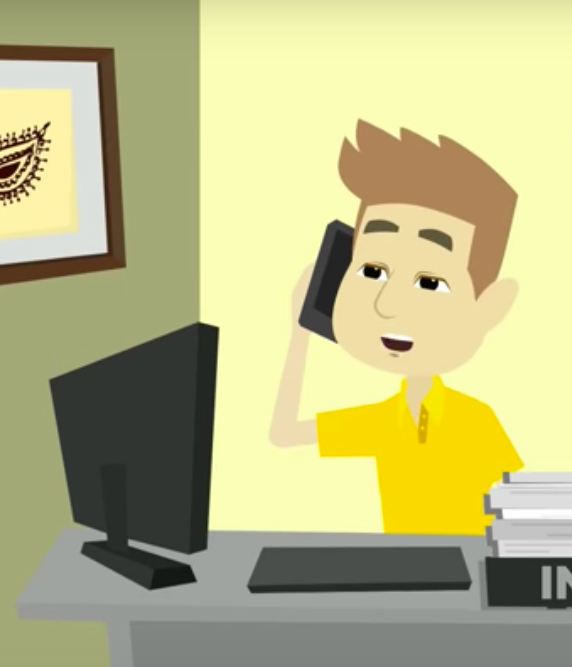 Ever notice Ian when the pressure is on? You may see him as scattered and unorganized. Under the gun, he goes from energetic to frantic and chaotic as he's rushing through things and brushing over important details. Luckily for Ian, he has a way of getting people to help him, and soon his cheery, animated self is back.

Ian also can have issues with following up because he tends to avoid details. He's the first to get excited about new tasks, projects, and opportunities, but he may lose track of the ones he's presently working on. Ian is at his best when he has the opportunity to create and uses a follow-up system to keep him on track. He may need support and practice to say "no." The ever optimistic Ian believes he can, but he can end up over-promising and getting your team into trouble.

What happens when you ignore Ian or he doesn't feel you're responding adequately to him? If you're not as enthusiastic or excited as he is, he may become more emotional or talkative so you will like him more. Since Ian wants you to appreciate him, he likes to talk about himself. He assumes that you love talking as much as he does! He genuinely wants you to be as engaged as he is, but his efforts can come across as disingenuous and overdoing it. In fact, if you watch it playing out with Ian and a reserved co-worker, you may be seeing two uncomfortable individuals; where one is trying his best to get a more positive reaction and the other is looking like he has been backed into a corner with no escape in sight!

How Ian prefers to communicate 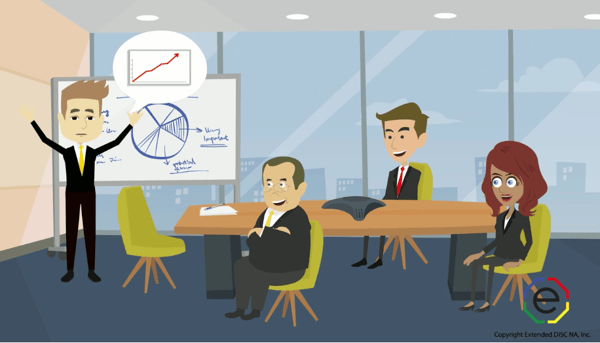 Ian has an animated and emotional communication style. His inspiring and enthusiastic style helps sell people on his vision and ideas. For Ian, public speaking is fun and an opportunity to engage many people and sell his ideas. He talks a lot, but more about people he knows rather than details and tasks. Ian prefers to stay aways from details and facts, as well as negativity and unpleasant subjects. He's great at providing positive and constructive feedback, but he may not always be direct and tackle negative issues. 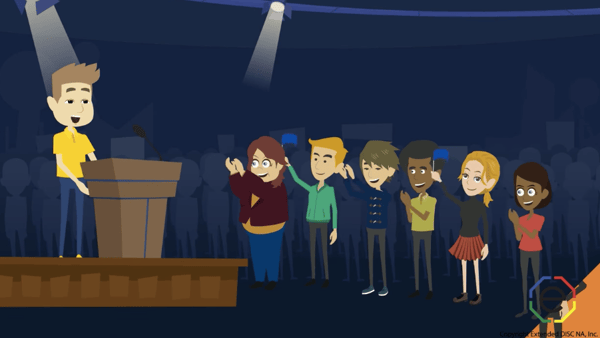 Consider the things Ian does for the team. He's the one who is most likely to see the best in all of you. You tend to go to him when you need some positive reassurance and feedback. He influences others and creates alliances to gets things done, instead of zeroing in on tasks. Ian sees the time spent talking and sharing positive experiences with all of you as important to your team's dynamics and your team's successes. Just remember, when Ian is happy, he tends to work harder and better.

Are there responsibilities that some of us prefer to avoid, such as handling prospects, taking the lead in presentations, or getting people on the same page? How about when your team is feeling down and pessimistic? These may be right up Ian's alley and he can step up and take the lead. Ian actually makes our job easier because he is comfortable assuming roles and responsibilities that we may not be as comfortable with. Take a step back and appreciate what Ian brings to your team to make it more successful.

How we can work better with Ian 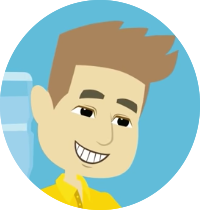 Action and behaviors are more often than not, neutral. It is our own perception and views that add value to the behavior. If we understand Ian's approach to things, we are able to better adjust our style to interact with him more effectively. For example, the next time we need something from him, set aside some time for chit chat. Ask him how his vacation was or what's up with his latest client. There's a likelihood he'll respond more positively to what you need from him.

Does Ian need help him with tasks and follow-up? Show him the simplest CRM and tracking software which can alert him with due dates and appointments. Remember to give him enthusiastic and positive feedback when he does complete a task and check in with him regularly. Have Ian practice focusing on one thing at a time, especially when working with his reserved co-workers, S-style Sam and C-style Carol. Make sure to give him opportunities to interact with others and not force him into a day to day routine; his creativity and ability to think outside the box will bring your team unexpected successes.

Remember there is no DISC style that is better or worse. We all have similarities and we all have differences in our styles. Each one of us brings our own strengths and areas of development to our team. We shouldn't be stereotyping or pigeon-holing ourselves based only on our DISC style. We are more complex than just our DISC style.

Think of your own Ian. Now that you have a better understanding of his DISC style, are there any simple adjustments you could make (e.g., set aside a few minutes to chat, let him speak, don't overuse details, etc) the next time you interact with him?