In the early 90’s I was a branch manager at a bank in New Orleans.

Back then one of my favorite colleagues was Dave. He could make everyone laugh. A few people did not appreciate Dave’s humor as it could be rather crude at times, but his delivery made up for his occasional lack of tact. His laughter was contagious, and he always had a new story to tell. Monday was always the best day of the week to hear Dave’s stories. He had two days worth of tales to tell. 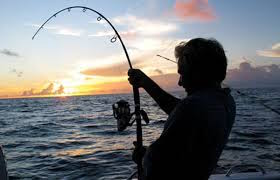 Dave was an avid fisherman. Even his email address started: “redfishdave@”. Almost every week Dave was after me: “Let’s go fishing this weekend Markku.”   I consistently declined for a very good, but a completely selfish reason: I am not a morning person! However, since Dave and I were pretty good friends and I wanted to keep it that way, it got to a point where I knew I had to say: “Yes.”

The Sunday morning following my reluctant acceptance of Dave’s fishing offer, at about 4:30 a.m., there was a cheerful knocking on my front door. I opened the door, and Dave was there with a big smile on his face. He handed me an even bigger coffee mug and said: “Let’s go fishing Markku.”

I was sleepy and cranky as I climbed into his new pick-up truck.

About 45 minutes later we arrived at the boat launch. As I stepped out of the truck I could feel that the caffeine had kicked in, and I was beginning to feel like me again. Dave’s stories on the way had helped my mood considerably. As I looked over the bayou and saw the sun coming up, I felt even better. It was very beautiful and peaceful. I realized that this excursion was going to be a lot of fun

We launched the boat. Dave started the engine and headed toward what must have been one of his favorite fishing spots. He clearly knew the way well. About 30 minutes later he threw out the anchor and looked at me with a big smile.

“What do you want to fish?” Dave asked me.

I drew a complete blank. The only thought I could muster was: “Fish…?”

“How about redfish?” Dave rescued me.

“What a great idea!” I thought to myself as Dave placed his large tackle box on the floor of his boat. As Dave proudly opened his spanking new tackle box, I could almost hear the trumpets blare and see the bright shining light come down from the heavens. He must have had at least $3,000 worth of tackles and gear in the box. At least that’s how I interpreted his proud look.

Expertly, Dave reached for a very specific lure, skillfully attached it to the end of the line, and handed the rod to me.

“Start fishing”, he told me.

“Aye, aye Captain”, I replied and started casting away. Dave also handed me an icy cold beer. It was about 6:00 a.m. I was beginning to see why fishing was so popular in the Sportsman’s Paradise.

What do you know, after about only 10 minutes of casting, out of all the different kinds of fish in the bayou, we were both pulling in good-sized redfish. Now, I was really having fun! About 90 minutes and three beers later, Dave looked at the cooler full of fish.

“We are about to go over the limit here”, he said. I had no idea what that meant, but fortunately Dave continued: “It is still early. Why don’t we catch a few speckled trout before we head back home?”

Unexpectedly, Dave took the rod from my hands. He removed the tackle from the end of the line and placed it back in its place in the tackle box. He looked for a different kind of lure and attached it to the line. He then handed the rod back to me.

“Start fishing”, he told me.

“Aye, aye Captain”, I replied and started casting away with noticeably better style.

Now out of all the different kinds of fish in the bayou, we were catching speckled trout!

Fishing was really fun. Two hours later, Dave dropped me off at my driveway. We shook hands and agreed to go fishing again soon. I went inside and proudly placed my cleaned catch in the freezer. Ten minutes later, I was sleeping on the couch. The sun and the beer had taken their toll.

The next morning I sat in my office and looked out of the window of my bank branch. I was thinking about the fishing trip the day before, and I suddenly saw an analogy between the trip and my job. I was well aware that how my performance was being evaluated was almost completely dependent on how my employees carried out their responsibilities.   My pay raises, any possible promotions, just about everything was dependent on how well I led and motivated my employees. I thought I was doing well, but I knew I could do even better.

My thoughts turned back to the fishing trip with Dave. How were we able to catch exactly the kind of fish we wanted to catch? It was so simple: It was because Dave and I gave the fish what they wanted! But here I was a manager of all of these employees, and I was giving my employees what I thought they should get!! The kind of communication style I preferred, the kind of motivation style I liked, the kind of leadership I thought was the best – suddenly it was so clear.

Of course I would not get the results I wanted to achieve if I did not give my employees what they wanted and needed. If I wanted to achieve better results, I needed to change MY behaviors. I realized that there are questions we can all ask ourselves, questions that can enhance all of our lives: What kind of behaviors are you fishing with? Do you have enough lures in your tackle box?