Customizing Your License Plate to Your DISC Style

If you were to create a license plate that reflected your DISC style, what would it say?

If license plates were based off of an individual's DISC style, the decisions a driver makes would be a lot easier to understand, right?

As a high I-Style, I tend to make decisions quickly. I also tend to expect others to do the same if I am making a decision with them. Based on this small fact about myself, I guess you could say I am a 'SPDYGRL' and a 'FAST1'. While I would never decide to put those two phrases on my license plates now, I got to thinking: What would my license plate really say if it was based on my DISC style? What would other DISC styles put on their license plates? 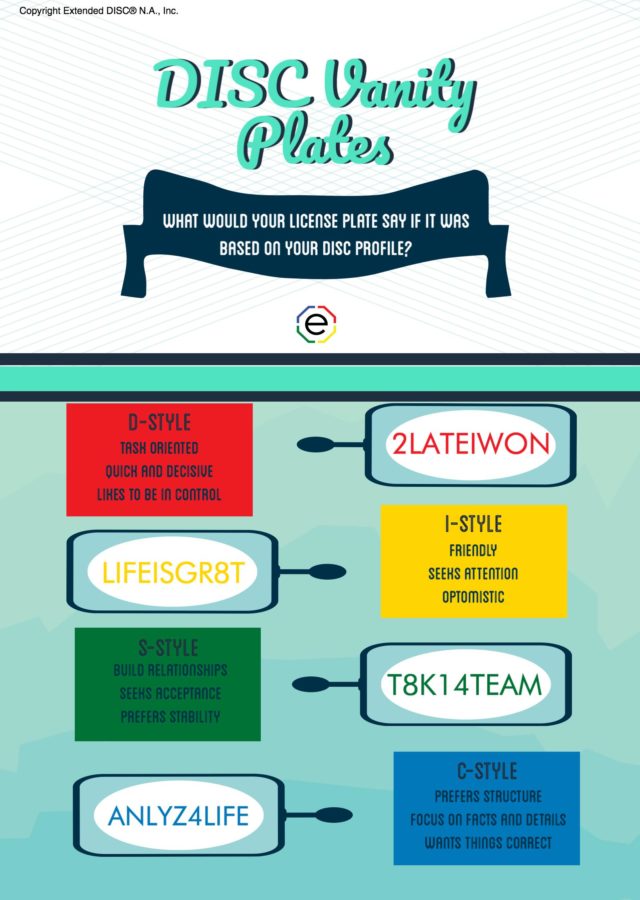 What if we drove around with DISC styles reflected on our license plates? It may make understanding road mishaps a little easier! For a D-Style driver, you may see them with their windows rolled up, taking control of the road, without even thinking about anyone else. For an I-Style driver, you may see them with their windows down, music blaring, and paying little attention to the details of driving. S-Style drivers will come off as calm and considerate. They are the ones who will let you turn in front of them during a traffic jam. Lastly, C-Style drivers will be sure to make a full stop at every stop sign!

Looking at the infographic above, find which license plate fits your DISC style. Do you have any other ideas as to what your DISC license plate would say? Share them! While I hope my fellow I-Styles never choose 'SPDYGRL' or 'Fast1' to display on their cars, I sure do hope theirs always reads 'LIFEISGR8T'! Oh, and next time you see someone driving in a manner you disagree with, try guessing their DISC style! This may help give you some clarity as to why they drive the way they do! 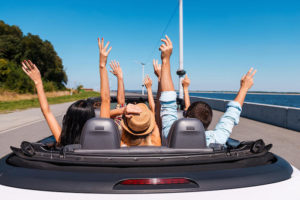